(Reuters) – Vulnerable House Democrats, mindful of President Donald Trump’s continued strength among Republican voters, are using caution in how they respond to the special counsel’s report, which detailed Trump’s efforts to thwart the investigation into Russian efforts to help him win the White House. 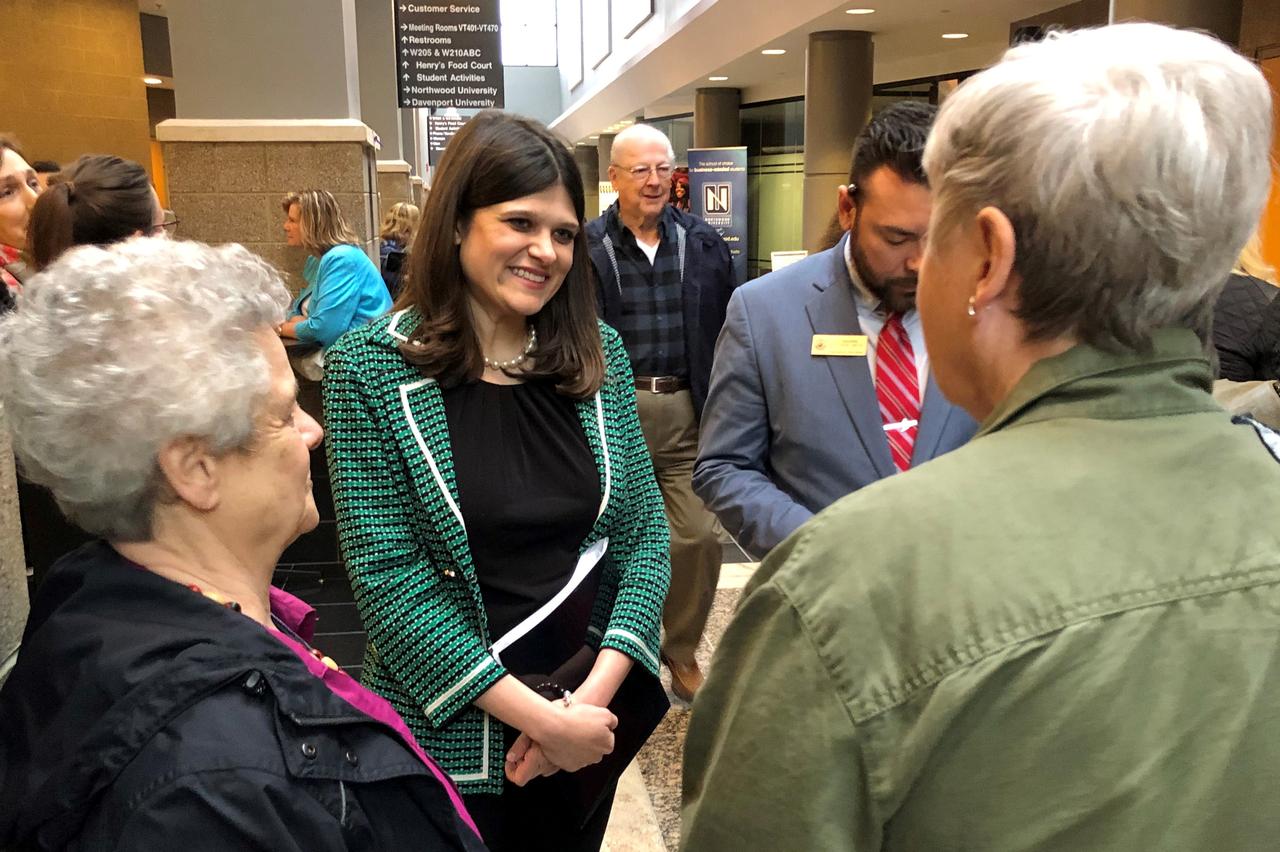 More than 30 Democratic representatives, many of whom are in their first term, represent districts that supported Trump in 2016. The party’s chances of keeping control of the U.S. House of Representatives likely hinge its ability to defend those seats.

In the report released on Thursday, Special Counsel Robert Mueller said Trump may have obstructed justice and portrayed a president bent on stopping the probe into Russian meddling. But Mueller stopped short of concluding that a crime was committed, leaving it to Congress to make its own determination.

That is putting pressure on congressional Democrats to decide whether to pursue impeachment charges against Trump, whose continued popularity with his Republican base could weigh heavily on Democratic lawmakers in swing districts.

Those incumbent Democrats may have to strike a delicate balance on the campaign trail next year. Too much bashing of the president could turn off voters more interested in kitchen-table issues and motivate Trump sympathizers to rally around him.

Hours after Mueller’s findings were released, Abby Spanberger, a Democratic congresswoman from Virginia, held a town hall that saw virtually no discussion of the report. She knocked off a Republican incumbent last year in a district that favored Trump by more than 6 percentage points in 2016.

The 39-year-old representative told reporters before the event that she was more interested in preventing Russia from attacking the electoral process than in “re-litigating” the 2016 presidential contest.

“Regardless of what actions the president did or didn’t take … understanding in far greater detail the aggression of a foreign adversary nation against our election’s infrastructure should ideally help us avoid such circumstances in the future,” she said.

Other Democrats facing reelection in swing districts also reacted cautiously, saying they would reserve judgment until after reading the voluminous report or emphasizing the threat of Russian interference rather than Trump’s behavior.

“If the conclusion remains that there is no further criminal wrongdoing, I think we should, as a country, move on and ensure that Russia cannot interfere again,” said Ben McAdams, a freshman Utah Democrat in a Republican-leaning district.

INTERNAL DEBATE
The 448-page report’s release has sparked an internal debate within the Democratic Party on how to move forward.

Party leaders played down talk of impeachment, even as they said they would pursue a full, unredacted copy of the report and bring Mueller himself to Capitol Hill to testify under oath. At the same time, some liberal members of the caucus, including Representative Alexandra Ocasio-Cortez of New York, expressed support for starting an impeachment inquiry.

U.S. Representative Cheri Bustos, the Illinois Democrat who chairs the party’s House campaign arm, set the tone for her most endangered colleagues on Thursday. In a statement, she said she would read the report carefully, then pivoted to other issues.

“As we review this report, I also remain committed to continuing my efforts to bring down the cost of health care, invest in our infrastructure and clean up the mess in Washington,” Bustos said.

Haley Stevens, a Michigan Democrat who won her first term last fall in a district that voted for Trump in 2016, told Reuters many Democrats were elected because “voters want checks and balances and a return to good government and government we can trust.”

Still, speaking after a town hall on Thursday evening, the 35-year-old emphasized that most voters going into 2020 are more concerned about issues such as health care, education, and infrastructure.

One of her constituents, Joy Marie Zug, said she voted for Trump in 2016 after having supported Democratic President Barack Obama. Zug says she has since soured on Trump due to his “lies.”

The 46-year-old adult education administrator said Democrats should consider impeachment, based on the mountain of evidence in the Mueller report. But in a reflection of the difficulty of the strategic choice facing Democrats, she also said they should avoid making it a top campaign issue.

“I don’t think this is something they need to run on,” she said. “I just wish this wasn’t the end.”

WEIGHING PRIORITIES
Democrats looking to 2020 must also weigh whether voters’ views on the Russia probe are even susceptible to persuasion, given the country’s deep partisan divides.

A Reuters/Ipsos poll conducted on Thursday and Friday after the report came out found 50 percent of Americans agreed that Trump or someone from his campaign worked with Russia during the campaign, and 58 percent of respondents said they believed Trump tried to stop investigations into the campaign’s conduct.

Those figures, which split heavily along party lines, were fairly similar to previous polls.

One senior Democratic strategist involved in shaping the campaign message for 2020 House candidates, who asked for anonymity when discussing the party’s internal thinking, said the party’s own research showed the Russia probe was not particularly resonant for voters.

Still, he said Mueller’s findings would create the background “mood music” when Democrats talk in broad terms about corruption and government accountability.

Joe Biden Says He Will Select A Woman As Vice President During D.C. Debate

Trump eyes return to ‘massive rallies’ ahead of November election

Ohio’s GOP Governor Splits From Trump, and Rises in Popularity

Search for Tara Reade complaint threatens to backfire on Biden