WASHINGTON (Reuters) – U.S. President Donald Trump on Tuesday called for the creation of “more, and fairer” social media companies in response to discrimination he said he has faced as a Republican from Twitter Inc. 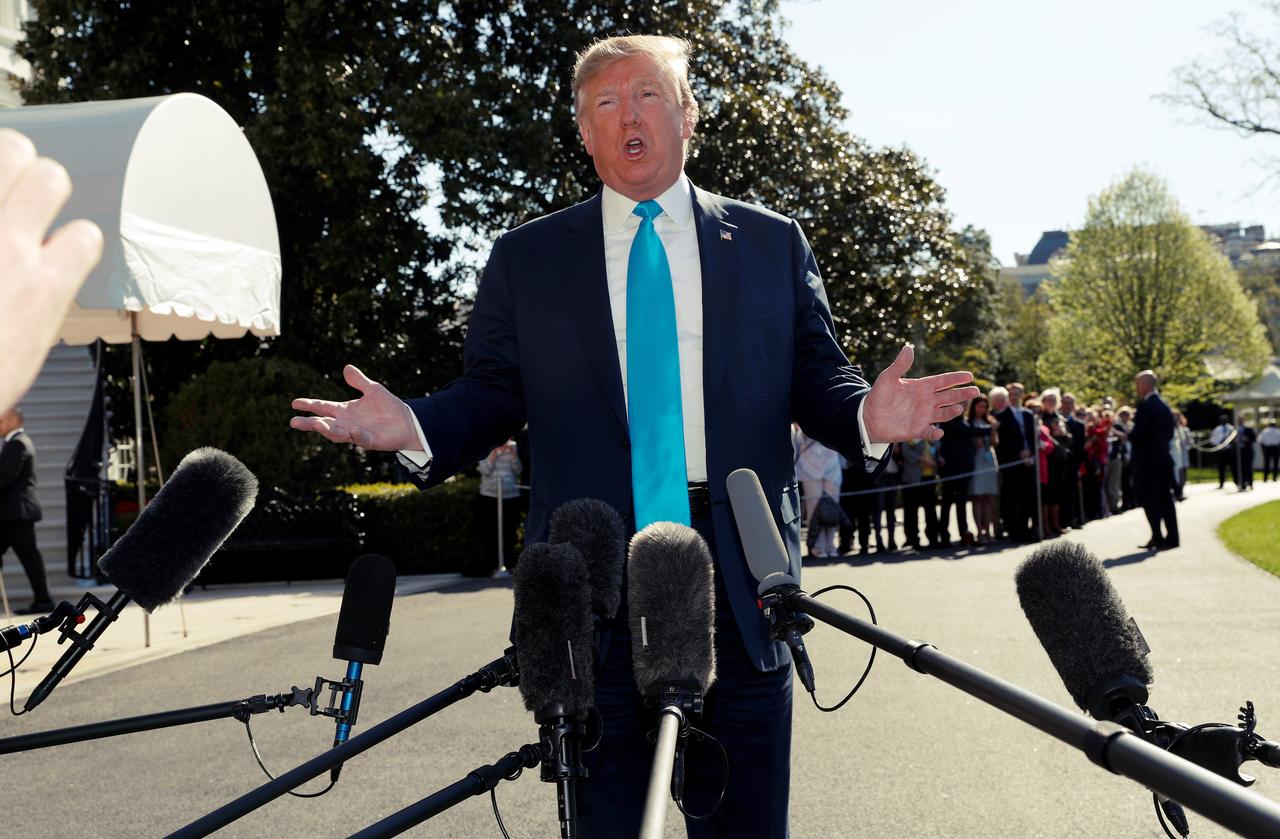 FILE PHOTO: U.S. President Donald Trump talks to reporters as he departs for travel to Texas from the White House in Washington, U.S., April 10, 2019. REUTERS/Kevin Lamarque

He also cheered the involvement of U.S. lawmakers, who have called on executives from several technology companies to testify in connection to various scandals.

“No wonder Congress wants to get involved – and they should,” he wrote on Twitter.

Trump has one of the most-followed accounts on Twitter, with nearly 60 million followers, but he has repeatedly criticized the company and its social media competitors for what he has called bias against conservatives.

He has accused Twitter and other tech companies of restricting the visibility of prominent U.S. Republicans, though he has not provided evidence to back up the claim.

“We enforce the Twitter Rules dispassionately and equally for all users, regardless of their background or political affiliation. We are constantly working to improve our systems and will continue to be transparent in our efforts,” a Twitter representative said.

The White House did not immediately respond to a request for comment.

Trump Lashes Out At Dem Governors Amid Coronavirus Coordination

2 Generic Drugs Being Tested In U.S. In Race To Find Coronavirus Treatments
Justin Trudeau: Working From Home Just Like The Rest Of us
Trump Adopts The Greatest Hits Of The 2020 Dems
Nikki Haley Resigns From Boeing’s Board Over Bailout Pursuit
Senate Republicans Introduce Trillion Dollar Coronavirus Package