Democrats have sidestepped the debate over reparations for African-Americans for decades. But now the issue is bubbling up in the House, and the new majority is wrestling with how to tackle it ahead of the 2020 campaign. 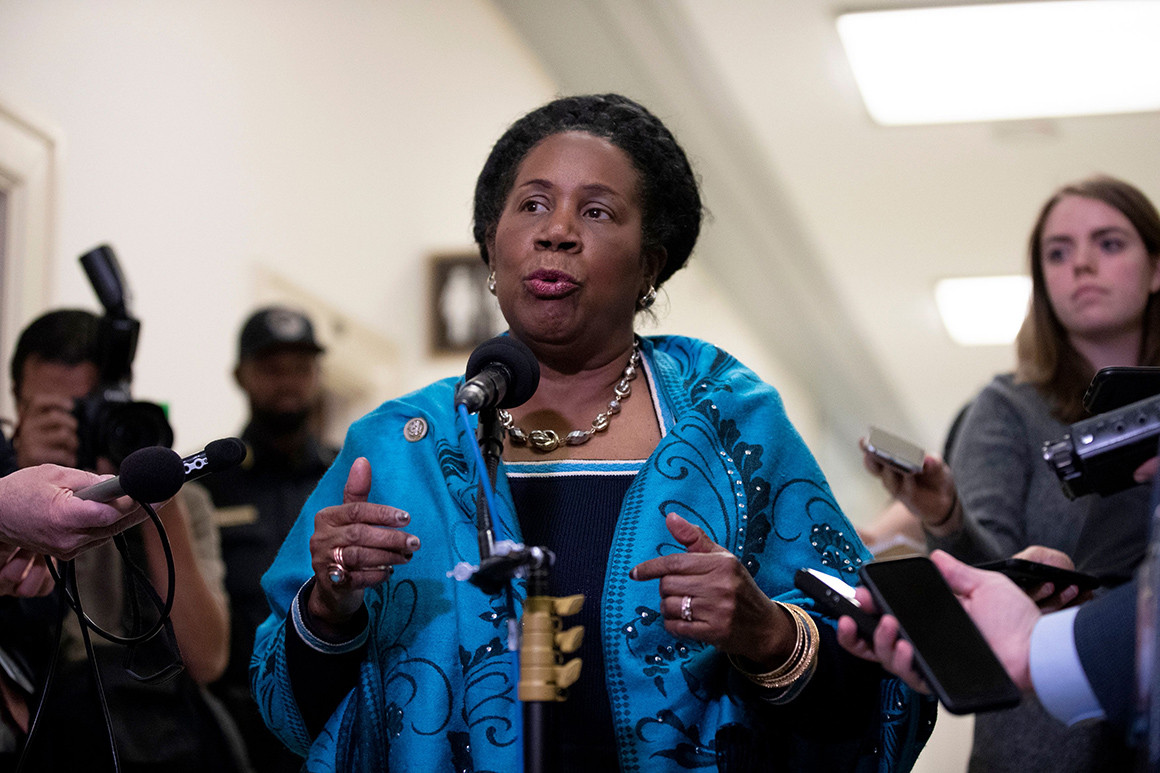 Sparked in part by the support of several presidential contenders, the topic has been discussed multiple times by top House Democrats, including at their retreat in the exurbs of Virginia earlier this month.

But the issue is likely to divide the party — not just by race, but by generation. The Congressional Black Caucus is notably split, with some younger African-American lawmakers clamoring to force the conversation into the open while more senior members worry about alienating moderate voters.

“I’m glad that we’re having this discussion and I’m glad that it seems to be an adult discussion for a change,” said House Majority Whip James Clyburn (D-S.C.), the highest-ranking African-American in Congress. “We’re just getting people to understand that reparations, by definition, means ‘to amend.’ Now the question is how do we make amends?”

A discussion over reparations isn’t without risk, however, according to Clyburn and some other senior lawmakers and aides. Forcing the issue would likely open Democrats up to attacks from Republicans during the 2020 race.

But avoiding it — especially with Democrats controlling the House with the most diverse caucus in history — could also turn off voters of color who think it’s an important conversation to have, especially with President Donald Trump in the White House and white nationalism on the rise.

“As this administration has seemed to be forcing certain issues, I think that everybody wants to have an honest discussion about everybody who is in this country,” Clyburn said.

That Democrats are seriously entertaining such a response to the bitter legacy of slavery and discrimination against African-Americans underscores how quickly the party has shifted in recent years. While Barack Obama opposed reparations as a presidential candidate, White House hopefuls like Sens. Elizabeth Warren (D-Mass.) and Kamala Harris (D-Calif.) and former HUD Secretary Julián Castro have warmed to it.

Sen. Cory Booker (D-N.J.), another presidential candidate, has introduced a companion bill to legislation sponsored by Rep. Sheila Jackson Lee (D-Texas) that would create a commission to study the idea of reparations.

Rep. Karen Bass (D-Calif.), who leads the Congressional Black Caucus, said she believes the House could act on the issue in some way this year.

One option is the proposal from Jackson Lee — legislation first introduced in 1989 by former Rep. John Conyers (D-Mich.), but that never gained traction.

Jackson Lee’s bill has nearly 50 co-sponsors and she told POLITICO she was preparing to send a “Dear Colleague” letter in the next few weeks to solicit more support within the caucus. Jackson Lee also said she expects her bill to receive a hearing in the House Judiciary Committee.

Speaker Nancy Pelosi has also publicly expressed support for the bill, though Democratic leaders have not made any commitment for a floor vote. 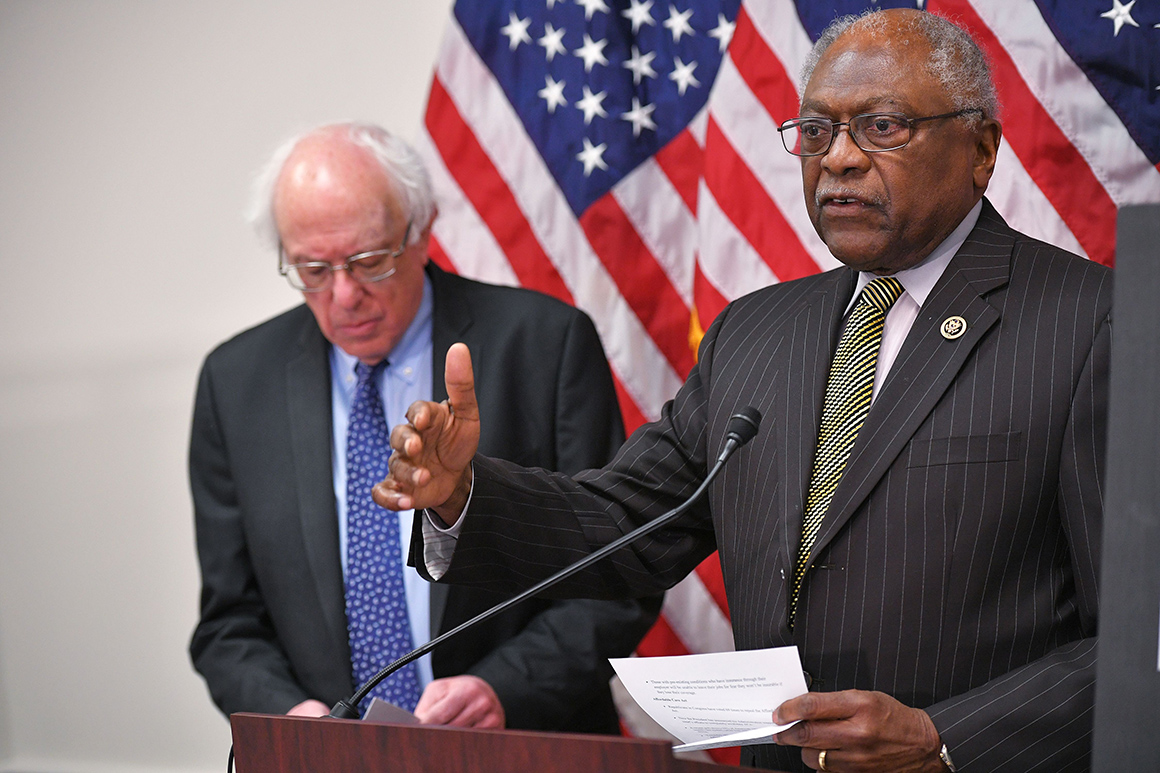 “We want to be responsive to all Americans and we know how diverse this country has become,” Jackson Lee said in an interview. “We have consistently, as Democrats, wanted to say to the American people that we are for the people.”

The idea has backing from some of the progressive superstars currently driving much of the conversation within the Democratic Party.

“Her bill is exactly the starting point that we need to have a full-blown conversation about reparations,” Tlaib said.

Bass said she also supports Jackson Lee’s bill — unlike some other legislation over the years — because it would focus on the way racism has been embedded in the nation’s institutions, rather than simply doling out cash.

“My problem with the entire discussion around reparations is that it’s really used, in my opinion, to ridicule African- Americans, as if what black people are interested in is a check,” Bass said in an interview. “And that’s not the point. The point is to really look at what has happened in this country, this country’s history because we have never come to grips with it.”

On Thursday, April 11, The #GU272 referendum passed with 66.08% of the vote. Now, the board of directors must approve the measure for the reparations fee to actually take effect.

While some Democrats worry even the word “reparations” is too controversial because it could conjure the notion of direct payments to descendants of slaves, supporters note that they’re talking about something potentially much broader.

Some Democrats, including Clyburn, said they support doing the study but note the process would take years to complete — if the bill was ever passed by the GOP-controlled Senate and signed by Trump — and that there are more immediate ways to help African-Americans and other underserved communities right now.

With that in mind, Democrats are expected to use the appropriations process in the coming months to steer more federal dollars toward programs that directly benefit minority communities. Some examples include programs that aim to increase the number of doctors and nurses in minority communities, address food deserts in underserved neighborhoods and pump more money into preserving historically black colleges and universities.

“I’m all for repairing the faults that exist in the country rather than waiting on somebody to do a study and then making recommendations,” Clyburn said.

Now Clyburn and other Democrats say they’re watching to see whether the question of reparations becomes an issue in the battle for the House.

The issue came up at least twice during Democrats’ retreat in Leesburg, Va., at which the party celebrated 100 days in power and discussed the next pieces of their agenda. But right now, Democratic Congressional Campaign Committee Chair Cheri Bustos said she doesn’t see it becoming a prominent part of the campaign and the issue hasn’t been raised by voters in DCCC polling.

“This is probably the first time as a caucus that I’ve seen it come up,” said Bustos. “We’re not talking about it in our [weekly] meetings.”

Freshman Democratic Rep. Jahana Hayes of Connecticut said she supports studying reparations, calling Jackson Lee’s bill the “more realistic way” to approach the topic. Hayes expressed frustration with what she considers pandering by 2020 candidates who simply say they back reparations but don’t provide explanations of what that entails.

“I don’t want to hear things for the sake of hearing them,” Hayes said. “What is the end game, what is the ultimate goal here?”

Other lawmakers said the public isn’t paying attention to the debate.

Rep. Joe Cunningham, a Democrat who flipped a heavily Republican Charleston-area district in South Carolina that is 19 percent African-American, said reparations didn’t come up during his campaign last year.

“It’s not something that came up in our election,” Cunningham said. “Certain things come up for presidential elections and come up every cycle — you know this stuff about the Electoral College — but from the day-to-day stuff I think the people are talking about other issues like the cost of their health care.”