WASHINGTON (Reuters) – The U.S. Treasury and Internal Revenue Service faced a final deadline on Tuesday for handing over President Donald Trump’s tax returns to Democrats in Congress, in a showdown that could mire the administration and lawmakers in a lengthy legal fight. 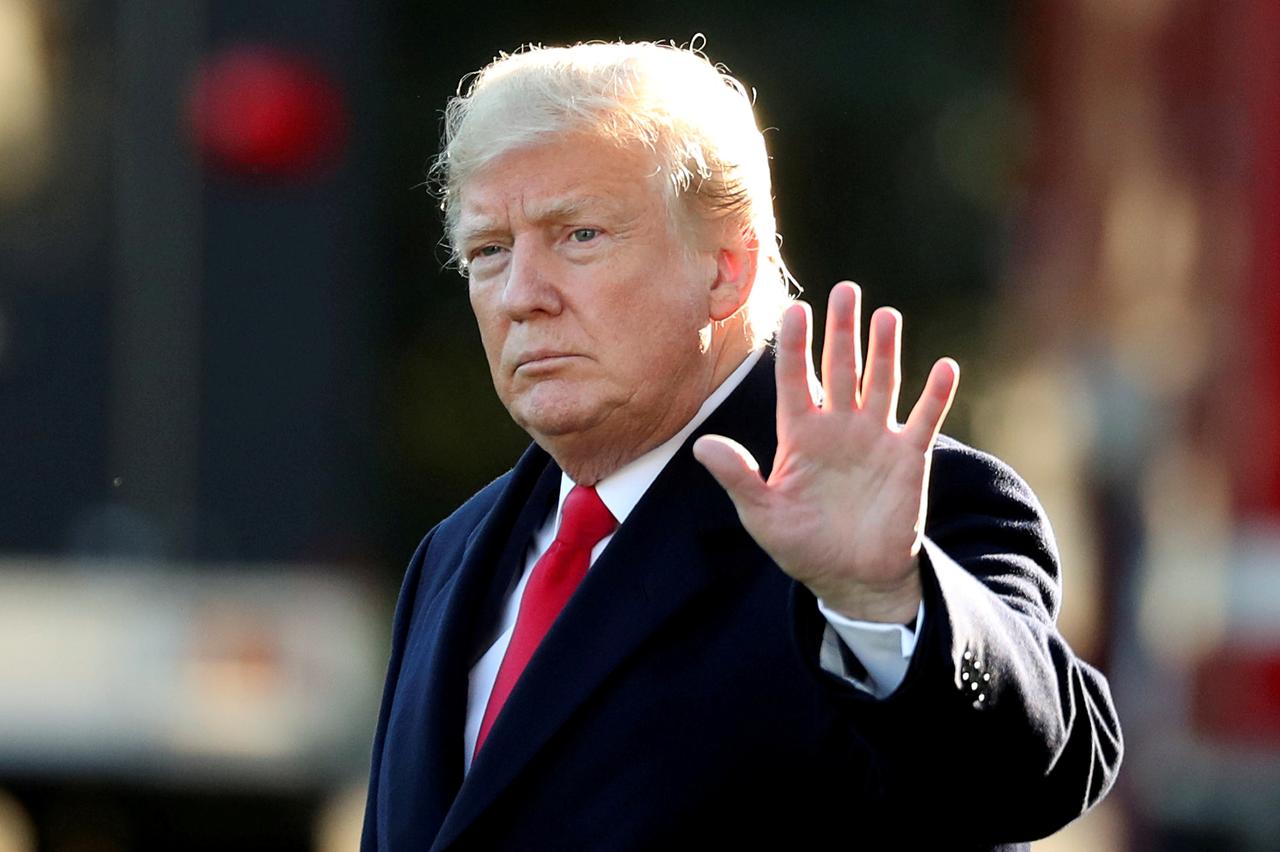 FILE PHOTO: U.S. President Donald Trump waves prior to departing on a trip to Wisconsin from the White House in Washington, U.S., October 24, 2018. REUTERS/Cathal McNaughton/File Photo

Representative Richard Neal, Democratic chairman of the House of Representatives Ways and Means Committee, requested six years of Trump’s individual and business returns on April 3 and has set a final deadline of 5 p.m. EDT (2100 GMT) on Tuesday, informing IRS Commissioner Charles Rettig in a letter that failure to comply would be viewed as a denial.

Acting White House Chief of Staff Mick Mulvaney has vowed that Trump’s tax returns would “never” be handed over to Democrats. But Treasury Secretary Steven Mnuchin said he intends to “follow the law” while pledging to keep the IRS from being “weaponized” for political gain.

As Ways and Means chairman, Neal is the only lawmaker in the House of Representatives authorized to request taxpayer information under a federal law that says the Treasury secretary “shall furnish” the data. Democrats say they are confident of succeeding in any legal fight over Trump’s returns.

“The law is on our side. The law is clearer than crystal. They have no choice: they must abide by (it),” Representative Bill Pascrell, who has been leading the Democratic push for Trump’s tax records, said in a statement to Reuters.

Democrats want Trump’s returns as part of their investigations of possible conflicts of interest posed by his continued ownership of extensive business interests, even as he serves the public as president.

Republicans have condemned the request as a political “fishing expedition” by Democrats.

Despite the law’s clarity, Democrats have long acknowledged that the effort would likely result in a legal battle that could ultimately be settled by the U.S. Supreme Court.

“If the IRS does not comply with the request, it is likely that Chairman Neal will subpoena the returns,” Representative Judy Chu, a Democratic member of the Ways and Means Committee, told Reuters.

“If they do not comply with that (subpoena), a legal battle will begin to defend the right of oversight in Congress,” she said.

Trump broke with a decades-old precedent by refusing to release his tax returns as a presidential candidate in 2016 or since being elected, saying he could not do so while his taxes were being audited.

But his former personal lawyer, Michael Cohen, told a House panel in February that he does not believe Trump’s taxes are under audit. Cohen said the president feared that releasing his returns could lead to an audit and IRS tax penalties.