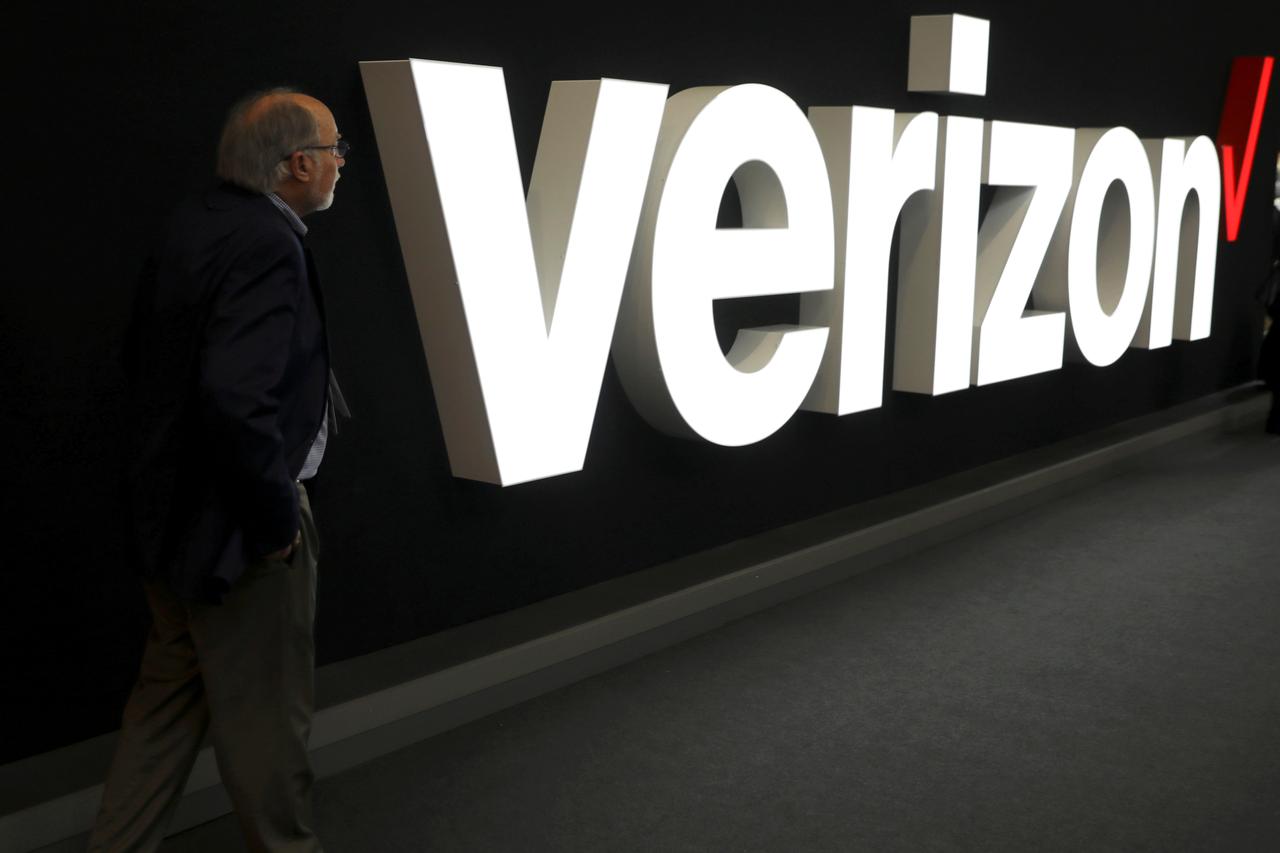 FILE PHOTO: A man stands next to the logo of Verizon at the Mobile World Congress in Barcelona, Spain, February 26, 2019. REUTERS/Sergio Perez/File Photo

(Reuters) – Verizon Communications Inc on Tuesday raised its 2019 profit forecast and beat Wall Street estimates for quarterly profit as it focuses on cost cuts, but the U.S. wireless carrier lost more phone subscribers than analysts had expected.
Verizon said it now expects low single-digit percentage growth in adjusted profit, after previously saying that its 2019 profit would be similar to what it reported a year earlier.

Jonathan Chaplin, an analyst with New Street Research, described the results as mixed, as Verizon’s raised guidance seemed to be “driven entirely by below-the-line items.”

The company said it lost a net 44,000 phone subscribers who pay a monthly bill in the first quarter, which was characterized by few big price-cut promotions. Analysts had expected a net loss of 25,000 subscribers, according to research firm FactSet.

Verizon launched its 5G mobile network in two cities in the United States last month at an additional cost of $10 for customers with existing unlimited plans. It plans to spend $17 billion to $18 billion this year to build its network.

On an adjusted basis, Verizon earned $1.20 per share, beating analysts’ estimates of $1.17, according to IBES data from Refinitiv.

Revenue for Verizon Media Group, which was formerly called Oath and includes the Yahoo and AOL media brands, was $1.8 billion during the quarter, a decline from the previous year as the company earned less revenue from desktop advertising.

The company lost a net 53,000 Fios video customers during the quarter, as viewers continue to shift to cheaper streaming services. Analysts had expected it to lose just 40,000 video customers, according to FactSet.

Verizon said Tuesday it was partnering with Google to bring YouTube TV, a live and on-demand video streaming service, to its customers.

Total operating revenue rose about 1 percent to $32.13 billion during the quarter, falling slightly short of analysts’ estimates of $32.16 billion.