WASHINGTON (Reuters) – A former engineer and a Chinese businessman have been charged with economic espionage and conspiring to steal trade secrets from General Electric Co to benefit China, according to an indictment unsealed by the U.S. Justice Department on Tuesday. 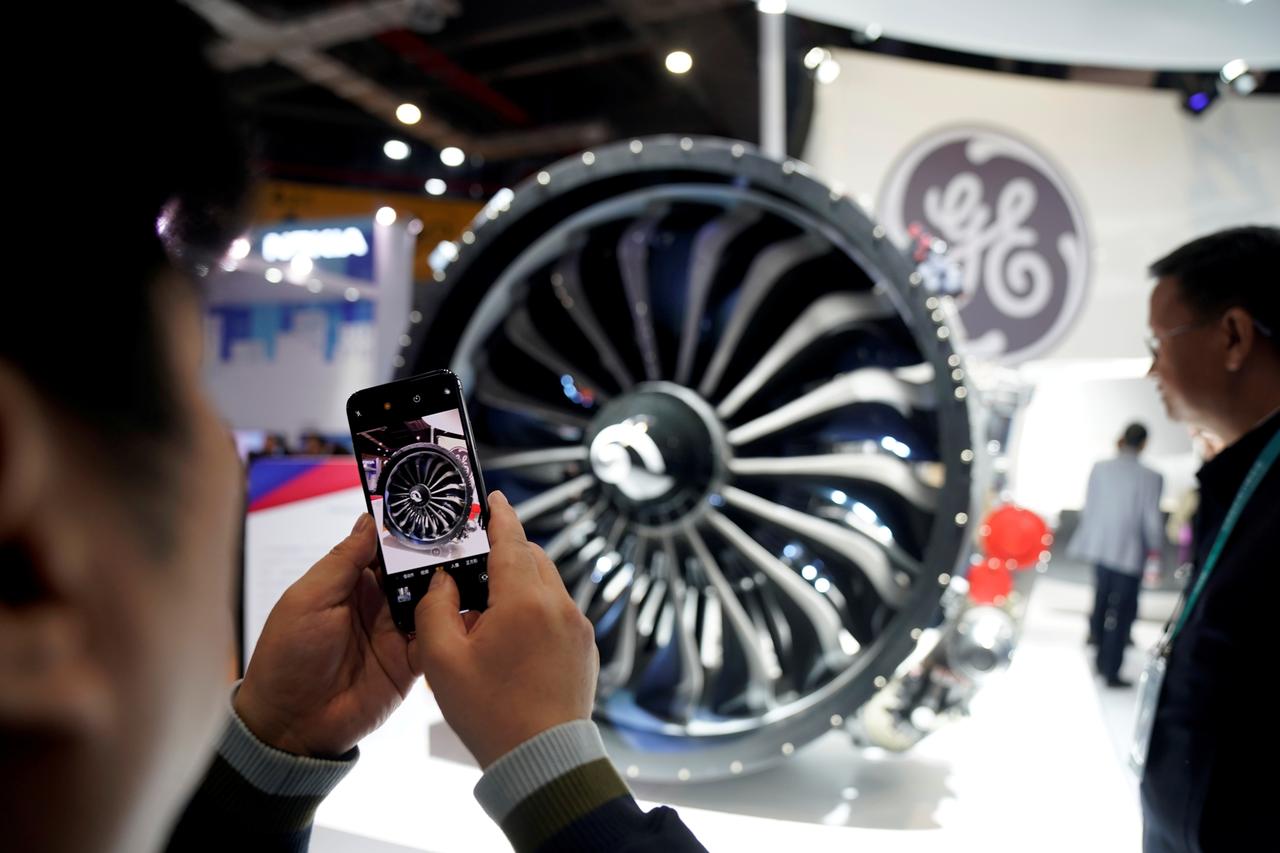 FILE PHOTO: A man takes a picture of a General Electric (GE) engine during the China International Import Expo (CIIE), at the National Exhibition and Convention Center in Shanghai, China November 6, 2018. REUTERS/Aly Song

The indictment against the former GE engineer, Xiaoqing Zheng, and Chinese businessman Zhaoxi Zhang, comes after Zheng was initially charged in August in connection with the alleged theft. It marks the first time the U.S. government has formally said the scheme was carried out to benefit China and that the Chinese government provided “financial and other support.”

According to the indictment, Zheng stole the proprietary data on GE’s turbine technology by encrypting the files on his computer and secretly embedding them into a digital photograph of the sunset before emailing the photograph to his personal email.

Zheng, 56, pleaded not guilty on Tuesday and was allowed to remain free on bond. His attorney Kevin Luibrand declined to comment.

The charges are the latest in a handful of cases brought by the Justice Department since last year as part of a broader crackdown by the Trump administration, which has vowed to fight Chinese theft of corporate secrets, cheating through intellectual property theft, illegal corporate subsidies and the use of rules that hamper U.S. corporations that want to sell their goods in China.

The FBI has said in the past that nearly every one of the agency’s 56 field offices has investigations into economic espionage tied to China.

The 14-count indictment against the pair charges that Zheng, who worked at GE Power & Water in Schenectady, New York, stole multiple electronic files containing details about design models, engineering drawings and other specifications related to the company’s gas and steam turbines.

Prosecutors say he emailed the files to Zhang, who was located in China.

GE said in a statement it has “been in close cooperation with the FBI and the U.S. Attorney’s Office for some time on this matter.”

According to the indictment, Zheng told GE in February 2016 that he was operating an aviation parts supply company in China with his brothers, and asked permission to ensure it did not violate any rules about conflicts of interest. GE approved his proposal, asking that he protect the company’s intellectual property.

About a year later, around November or December 2017, GE discovered a large number of encrypted files saved on Zheng’s computer.

By July 2018, the company learned he had embedded the files in the seemingly innocuous photo of a sunset and emailed them to himself.

In interviews with the FBI in August 2018, prosecutors said he admitted to taking GE files. He also told agents his companies in China had received grant money from the Chinese government.

Zheng and Zhang, 46, were formally indicted on April 18. A jury trial has been set for June 24 in Albany, New York. Zhang was believed to be in China, the Justice Department said.