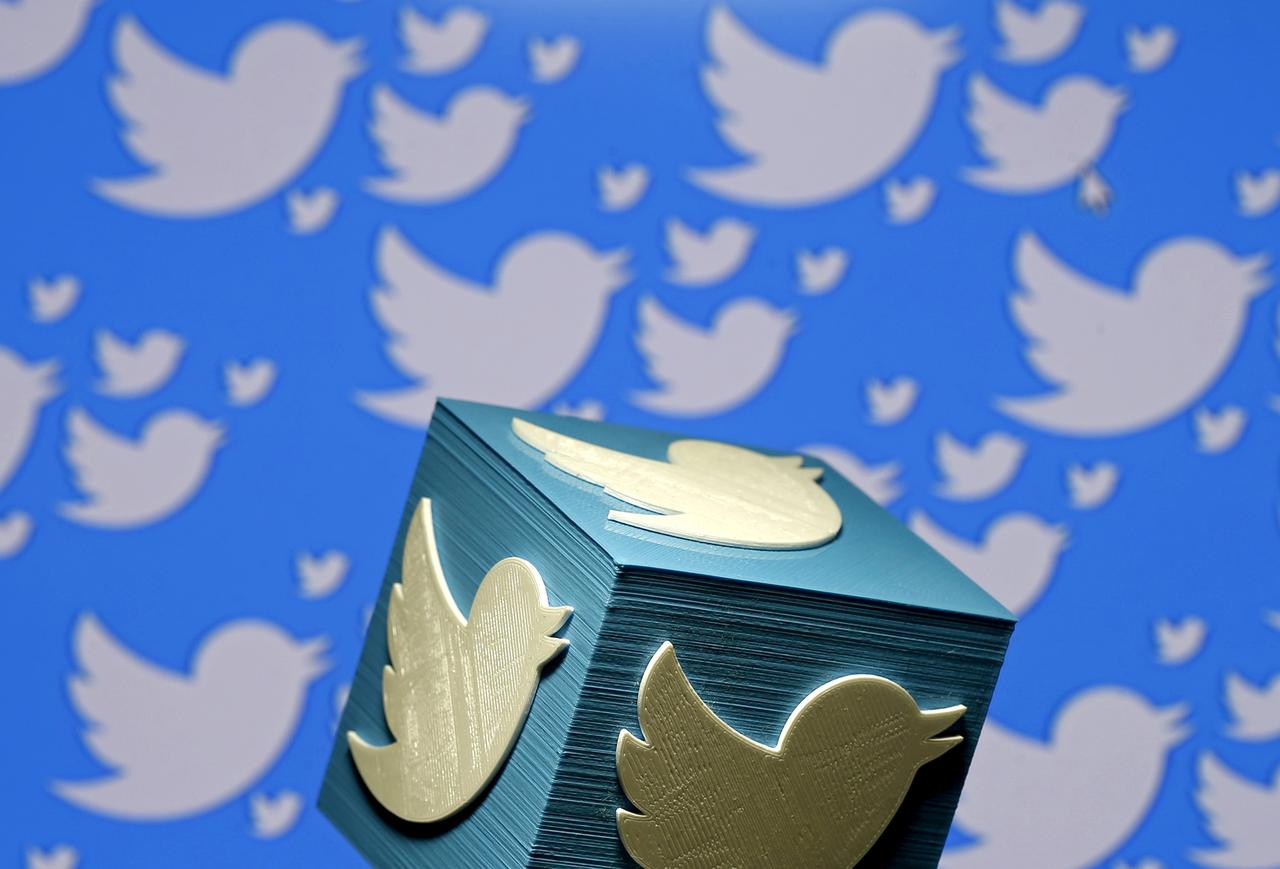 FILE PHOTO: A 3D-printed logo for Twitter is seen in this picture illustration made in Zenica, Bosnia, and Herzegovina on January 26, 2016. REUTERS/Dado Ruvic/Illustration/File Photo

Like Facebook Inc, Twitter has been under pressure from lawmakers over privacy concerns and political influence activity on its service. Twitter’s clean-up has included removing thousands of spam and suspicious accounts, which it had blamed for sequential declines in monthly users in recent quarters.

Advertisers have welcomed those moves, but the company still faces a broader backlash against social media.

U.S. President Donald Trump, a frequent tweeter with one of the most-followed accounts, on Tuesday called for the creation of “more, and fairer” social media companies in response to discrimination he said he has faced as a Republican from Twitter, without presenting evidence.

“We enforce the Twitter Rules dispassionately and equally for all users, regardless of their background or political affiliation,” a Twitter representative said. “We are constantly working to improve our systems and will continue to be transparent in our efforts.”

It was the company’s last quarter of disclosing its monthly active user (MAU) count, and Twitter from now on will only provide its “monetizable” daily active users, created to measure people exposed to advertising on a daily basis.

Analysts were encouraged by signs Twitter had turned a corner in terms of monthly user growth and better appealing to advertisers but said that the new user metric could make comparisons between Twitter and social media rivals more difficult.

“It looks like Twitter is on the path to sustainable revenue growth and accelerated profit expansion, driven by improvements to the user experience and tools enabling direct response and search advertising,” said analyst Michael Pachter at Wedbush Securities.

“But people are not impressed with a made up metric and their reluctance to give us actual users. I don’t think the stock can get out of its own way until they come clean and report the same metrics everyone else does.”

The company also forecast revenue for the next quarter largely below analyst estimates and said that it would need to continue to spend heavily on cleaning up Twitter as well as new ad products and other improvements.

The company’s quarterly MAU count rose 9 million to reach 330 million from the previous quarter, while analysts on average had expected 318.8 million, which would have been a loss of 2.2 million users, according to IBES data from Refinitiv.

Monetizable daily active users or mDAU rose to 134 million in the first quarter, up 12 percent from a year ago, Twitter said.

For the first quarter of 2019, Twitter’s revenue rose 18 percent from a year ago to $787 million, topping Wall Street expectations of $776.1 million.

Revenue was boosted by ad sales that also jumped 18 percent to $679 million. In the United States, ad revenue rose by 26 percent year-on-year, thanks in part to video ads.

Total operating expense including cost of revenue rose by 18 percent to $693 million from the first quarter a year ago.

The company reiterated that operating expenses would grow about 20 percent in 2019 to support spending it had outlined earlier this year.