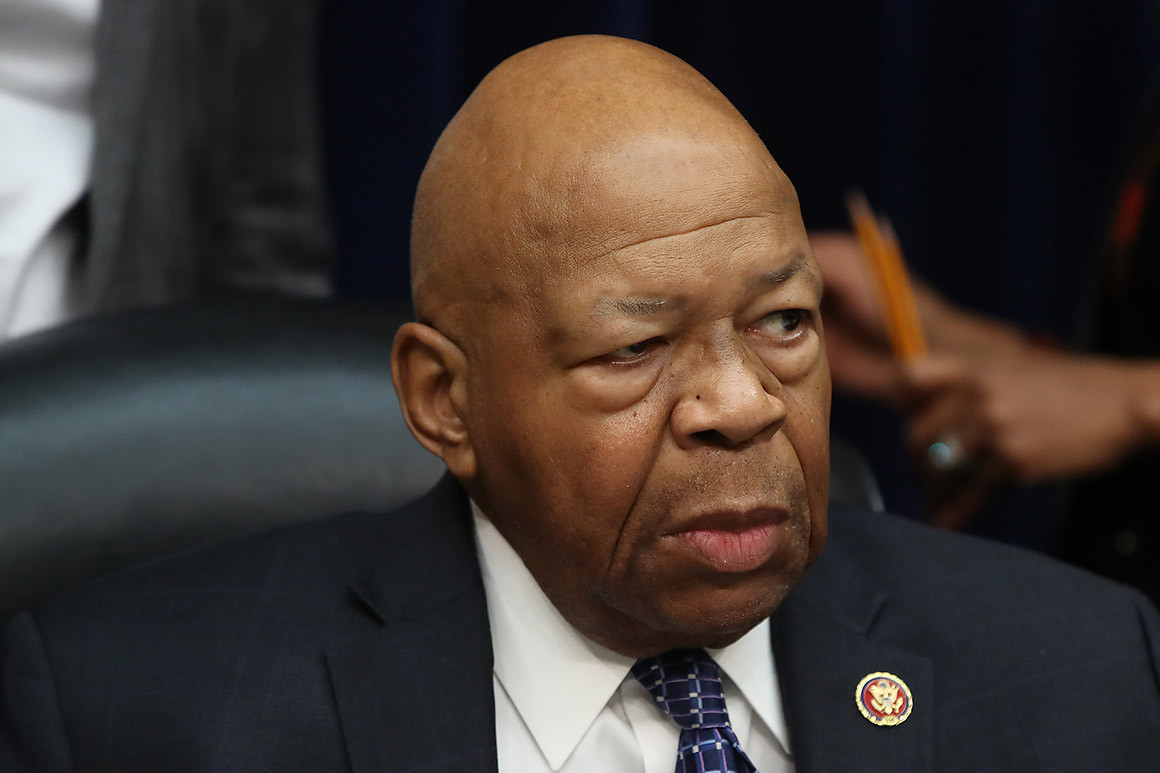 House Oversight Committee Chairman Elijah Cummings has pulled back from plans to initiate contempt proceedings against former White House security clearance chief Carl Kline — who blew off a subpoena demanding his testimony earlier this week — instead of agreeing to interview Kline with a White House lawyer present.

The transcribed interview, according to Cummings, will take place on May 1 on Capitol Hill.

“Based on the record before us, I am confident that the Committee could move forward with contempt against you immediately, particularly since your defiance of the Committee’s subpoena was so flagrant,” Cummings wrote to Kline in a Saturday letter obtained by POLITICO. “However, I have always endeavored to be as fair as possible in the pursuit of truth, particularly with witnesses who are willing to come before the Committee.”

Cummings’ decision is an eleventh-hour attempt to avert the most serious confrontation yet between congressional investigators and the Trump administration and follows a last-minute effort initiated by the Oversight committee’s top Republican, Rep. Jim Jordan.

Cummings issued a subpoena for Kline’s testimony earlier this month, requiring his testimony Tuesday. But Kline skipped his scheduled deposition after the White House advised him not to appear. That decision led Cummings to take early steps toward holding Kline in contempt — a move he said Saturday is still on the table if Kline isn’t forthcoming during his interview.

If Kline agrees to Cummings’ parameters, he will be appearing on Capitol Hill at the same time Attorney General William Barr is slated to testify to the Senate Judiciary Committee on special counsel Robert Mueller’s report.

House Democrats have been demanding Kline’s testimony for weeks following a whistleblower’s complaint that he overruled career staffers to approve high-level security clearances for top White House personnel — even for some who had been flagged for foreign entanglements or other national security risks. The whistleblower, Tricia Newbold, an 18-year employee of the office, said Kline repeatedly undercut her and retaliated against her when she raised concerns about his decisions.

Recent reports have suggested that President Donald Trump’s son-in-law and adviser Jared Kushner was among those whose security clearances were approved despite national security concerns and that Trump intervened on Kushner’s behalf.

Trump has recently adopted a posture of resistance to Democratic oversight requests and vowed to fight any subpoenas from Capitol Hill. That ultimately led to Kline’s decision to skip his deposition and a series of exchanges between Cummings and the White House that threatened to escalate into a lengthy legal dispute.

In his letter Saturday, Cummings said he’d relent and allow a White House lawyer to be present but that the scope of questions would not be limited to the White House’s liking.

“The committee sets the scope of its interviews and depositions — not Rep. Jordan and not the President’s other defense counsels,” Cummings wrote. “You will be expected to answer all of the Committee’s questions, including questions about specific White House officials and allegations of retaliation against the whistleblower. If you answer all of these questions, there would be no need for the committee to pursue contempt against you in the future.”

Cummings emphasized that Cipollone and Jordan’s correspondence was not sanctioned by committee Democrats. He called the terms they agreed to “inadequate” and a recycled version of terms that Cummings had already rejected when the White House initially offered them. He also emphasized to Kline that he faces personal legal jeopardy if he capitulates to any requests by a White House lawyer to defy the committee’s questions.

“This burden rests squarely with you, with the advice of your personal counsel, and not with the White House attorneys who may direct you to disregard the Committee’s questions without an assertion of privilege,” he wrote.

Cummings also suggested that his pursuit of testimony on the security clearance process was intended to investigate “serious national security risks at the White House” and develop legislative reforms to address them.