Kit Harington’s character Jon Snow has suffered some gory injuries on “Game of Thrones,” but the actor revealed he nearly maimed himself for real during the filming of the show’s last season.

Harington said that he almost tore off a testicle while riding a robotic buck (which is like a mechanical bull), which is used as part of simulating the dragons in the show.

“I think what sums the buck work up for me is there was a bit where Jon almost falls off the dragon —swings round really violent like this —and my right ball got trapped and I didn’t have time to say stop,” Harington said in a behind-the-scenes video for HBO’s “Game Revealed.”

“And I was being swung around, in my head, I thought, ‘This is how it ends — on this buck swinging me around by my testicles. Literally,’” he said. “Buck work is not easy.”

Neither, apparently, is reading criticism of “Thrones” last season. Harington took a ballsy stand against anyone who had a problem with the show’s latest episode during an interview with Esquire published Monday.

“I think no matter what anyone thinks about this season — and I don’t mean to sound mean about critics here — but whatever critic spends half an hour writing about this season and makes their [negative] judgment on it, in my head they can go fuck themselves,” he said, sounding testy. 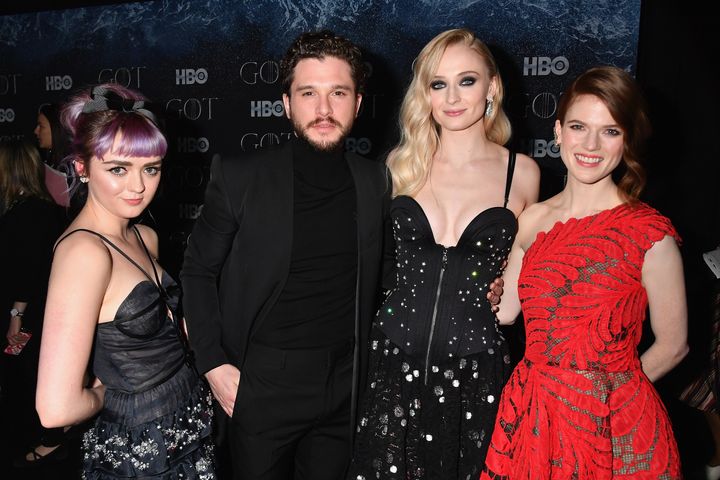 The actor added that he “doesn’t give a fuck” about what people think about the show’s last few episodes because “I know how much work was put into this.”
“I know how much pressure people put on themselves and I know how many sleepless nights working or otherwise people had on this show,” Harington continued.

A Comprehensive Timeline of Katy Perry And Orlando Bloom’s Relationship

Kyrie Irving And The Celtics Are Rediscovering Their Playoff Mystique Together